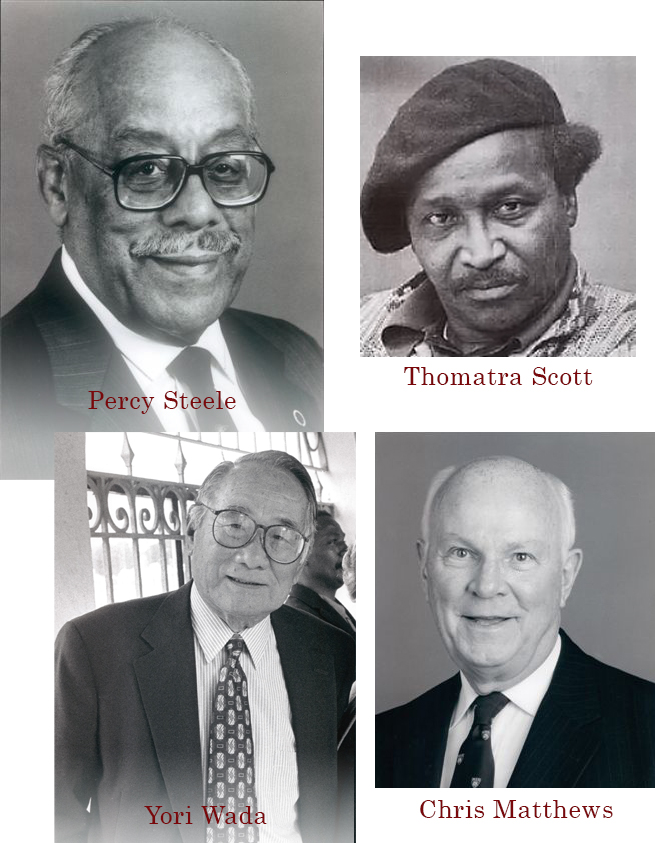 The 50 year history of the agency is populated with individuals, groups and communities; some of whom played critical roles, sometimes behind the scenes, and often on the front-lines and in the halls of power seeking justice for their case.  Some of the key players are lost to history, as there was no one present to record the role they played.  There were others who played critical roles, but bowed out, as the journey was too long. Westside considers all of these contributors, no matter how large or how small their efforts, to be the heroes of their time.

We are using these pages to begin raising-up those individuals, organizations and communities that dedicated themselves to the formation of community mental health treatment in the creation of Westside Community Services (formed as Westside Community Mental Health Center, Inc.)

The National Community Mental Health Act of 1963 was the funding vehicle which our founders were able to tap into in order to meet the needs of the disenfranchised minority communities of San Francisco, who were primarily residing in the Western Addition Catchment Area.

In 1967, Westside Community Mental Health Center (WCMHC) was incorporated. Dr. William Goldman, a psychiatrist at Mt. Zion Hospital, and a passionate believer in the rights of non-mainstream communities to be able to access quality mental health care, wrote the initial Federal grant with a planned start-up date of 1968; and 1969 as the date for full operations. In 1968, the largest grant on mental health in the country was awarded to WCMHC, bypassing both the State and the City.

One of the key components during the formation of this great enterprise was the “New Thinking” coming out of the two centers of study and training for psychiatrists, U.C. Berkeley and Harvard University that of serving people in their own communities.  San Francisco’s Mt. Zion and St. Mary’s Hospital staff led the way.

From this thinking emerged the belief in “Citizen Participation” in the planning, implementation and evaluation of mental health programs.  This was the WCMHC Consortium Model approach, which allowed the City to pull people out of organizational cocoons into collaborations and provided massive economies of scale, rapid start-up, and took advantage of the existing infrastructures of four major hospitals: Mt. Zion, St. Mary’s, Children’s and CPMC.  Eighty representatives from local groups and organizations inside the WCMHC geographic area met in the Fall of 1968 and formed the first Community Advisory Committee, which served to channel community stake-holder feedback and human capital into the organization that is now Westside.